About Us - Plant Booster

Simple Mechanical Solutions was created to manufacture, promote and market the revolutionary Plant Booster self watering system and related devices. 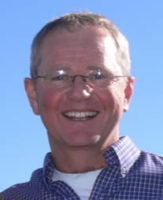 Daan acquired all assets and stock from Harold Elzinga of International Plant Boosters late in 2016.

Daan emigrated to Canada in 2008 from South Africa where he grew up and had graduated from the University of Natal with a Bachelor of Science degree in Mechanical Engineering.

As an Engineer with 33 years experience in a wide variety of industrial settings in South Africa and Canada, Daan has broad experience in chemical, pyro-metallurgical, and hydro-metallurgical industries.  Knowing what a complicated system looks like, and having installed regular garden irrigation systems before, Daan immediately recognized the beautiful simplicity of the Plant Booster device when he purchased a system for himself in 2016.

The Plant Booster system solved the problem of how to ensure hanging baskets and potted plants stay irrigated without having to remember to water daily.  One slip in remembering to water, or a malfunction of an electronic controller on a regular irrigation system, and the investment of time and money in making a beautiful garden was at risk of being wasted. Daan realised that at least with the Plant Booster self watering system, which is always on, each plant gets what it needs, when it needs it, whether one remembers or not, which brings great relief for those wanting to get away for the weekend or even a few weeks on holiday without the need to worry about how to make sure the outdoor plants stay watered.

Daan’s mission is to share the Plant Booster self watering system with everyone in the North Americas, and beyond if possible, who enjoy potted and hanging plants in their gardens, but who struggle to keep up with the demands of making sure they all stay irrigated all the time.

History of THE INVENTION

Like many gardeners, Al Muxlow of Abbotsford, B.C. became frustrated by the watering sensitivities of hanging baskets. If he forgot the water one day, the flowers would often seem to have a near-death experience, but a dash of moisture could usually revive them quickly. One day, about six years ago, he grew so fed up with his own inconsistencies he exclaimed to himself, “there has to be a better way!” Calling upon lessons learned over a long career as a tradesman, an educator and a successful property developer, he started playing around with various valve devices. Finally, the PLANT BOOSTER was born, a weight-sensitive valve that would drip water when the basket or planter weight was reduced, but shut tightly after an optimal weight was reached. Years of trial and error and beta testing with accomplished gardeners and nurseries would follow, and ever-more sophisticated values and components evolved.

Convinced that he had developed a marketable breakthrough, Al knew that his greatest need was established nursery expertise to help build the company, establish production and direct a marketing plan. A chance encounter with Harold Elzinga in 2006 filled that void. Harold brought extensive nursery and garden marketing experience to the endeavour. Together they patented the Booster in Canada and the United States, designed packaging, and began the task of sharing the new technology with the world. 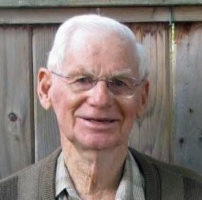 Maurice Alvin Muxlow was born on a small Saskatchewan (Canada) farm in 1928. His first work following high school was in the electrical wiring trade, a subject he would later teach in the same school. As a mature student in 1965 he obtained a Bachelor of Science degree with Honours from Oregon State University, after which he spent six years as Vice Principal of a large technical school. Business finally beckoned and Al would achieve his greatest professional success in rental apartment buildings, land development and construction of residential buildings. He also served 12 years as mayor of a resort village near Regina, Saskatchewan. Al Muxlow retired 2014 in Abbotsford, BC. Sadly Al passed away in early 2017. 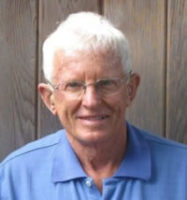 Dutch-born Harold Elzinga emigrated to Canada with his family in 1951. He was 10-years-old. He grew up on his family’s dairy farm in Pitt Meadows, B.C., Canada.

Graduating from the University of British Columbia with a Bachelor of Science degree, he soon after became sales manager for Van Vloten Nurseries, a large wholesale business based in his hometown of Pitt Meadows. In 1997 he launched his own business, North Country Nursery Sales, a thriving concern that ships plant material to many parts of North America, including Alaska. Harold Elzinga continued running International Plant Booster until its assets were sold to Simple Mechanical Solutions in October 2016.

Please note: We will contact you directly with the cost of shipping your purchase. After you agree to the shipping cost we will send an invoice that can be paid by credit card. Primarily Square is the preferred payment service provider. Please indicate if you would prefer to pay via PayPal as that can be arranged also.